If one ever goes to Munich, one place that everyone must visit is the Bavaria Filmstudious. Some of history’s highest grossing films were shot there like “The Boat”, “The Neverending Story”, “Ludwig 2” or Samuel L. Jackson’s “Big Game” were shot there.

Though we reached late at the destination, we all were given a task of thinking up an idea for our own short film. Upon reaching, we all discussed our ideas and reached a final decision and headed to a small location for shooting our film called “Influencer”.

Shooting the film was a really great experience as I got an insight as to what goes into making even a short 5-6 minute long film. All were given a trip of the studio after production, which was cut short by rain ??

After the tour we all saw the film for the first time and laughed at each other about how they all acted and what all they said. The one dialogue I’ll always remember will be “A double Vodka please” which one student made while filming the video.

Too often the message of a photo is dependend on the angle it was taken from. Shot from the wrong perspective and out of context it soon becomes Fake News. The German and Indian exchange students created the movie “Influencer” to point out this problem and to depict the strong influence of pictures upon Teenagers.

Influencer is a Story about a broken relationship. Unfortunately one partner is quite unhappy with the break-up. In an (un)fortunate situation he takes a photo of his ex-girlfriend. Due to the chosen perspective of the photographer the image doesn’t represent the whole truth. Nevertheless, he shares it on social media.

The movie “Influencer” somehow became the major product of our exchange project. It depicts the power of media unveils how our own opinion is shaped by it. In addition, Influencer proofs how easy it is to create your own media content.

The whole storyline was developed with the support of Bavaria Filmstudios. There, the one day long shooting took place, too.

We all had a real good Indian dinner just two days before we were to depart. It was held at Ganesha restaurant in Straubing.

Everyone including our partners and their families had a shirt glimpse of the Indian cuisine that they would get when they come to India.

My partner, Korbinian fell in love with the sweet milk drink we call lassi made of yogurt and water. I can’t be sure about how many glasses he had but it was probably close to 4 or 5 because he loved it so much ( the next day he made me make 3 large jugs worth of lassi ? ).

The food tasted the same as it does when my mum makes it and that made me miss home. Eating that food really ﬁlled me up and after I couldn’t eat anything else.

There were birthdays of 2 of our group members.
I went with the one of them to her place. We prepared the place for everyone.

We danced on fusion songs and clicked several photos in different poses with everyone’s partners .

For 14 days the exchange students from Noida had been guests in Straubing. Together with their German partners they worked on the media project, lived with the families and explored the Bavarian culture. On Saturday it was time to say goodbye and to return to India.

At 5.45 am the students and their host parents met at the Turmair coach park. Still tired and freezing they stood in groups saying not a single word. Thus they knew it was the last day of the visit they didn’t want to accept the fact that they had to say farewell to each other soon.

Not before the bus entered the coach park the harsh truth dawned on the students. First rather shyly, but then quite confidently they hugged their new friends and family members. 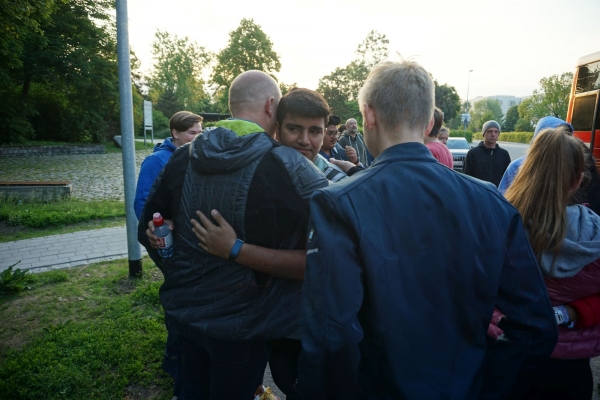 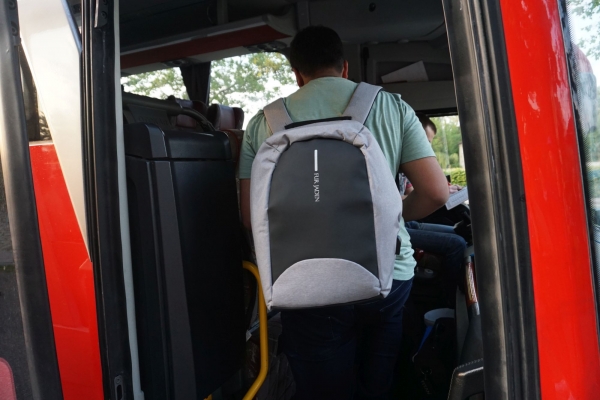 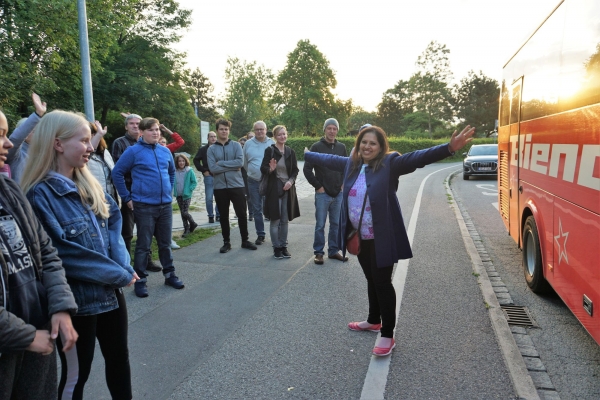 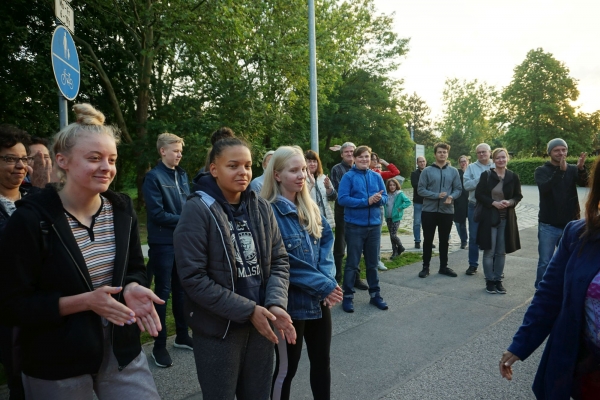 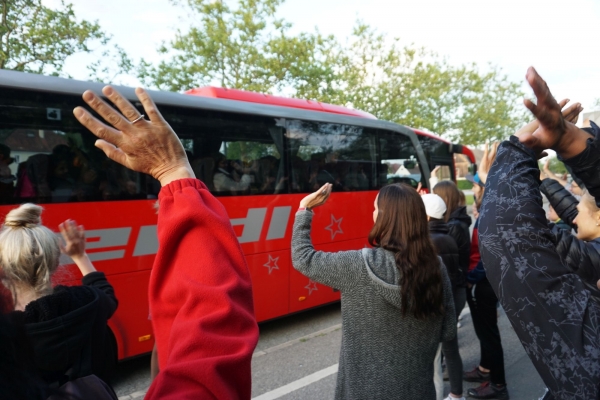 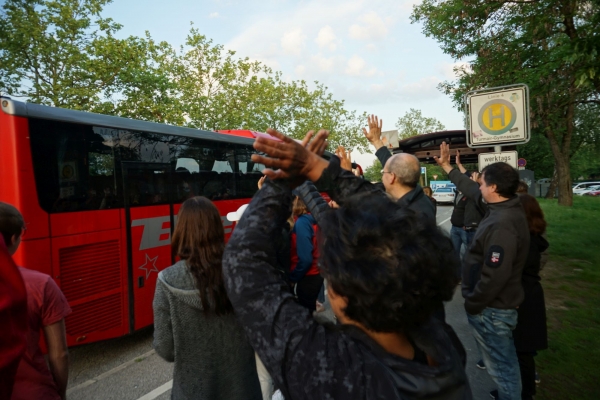 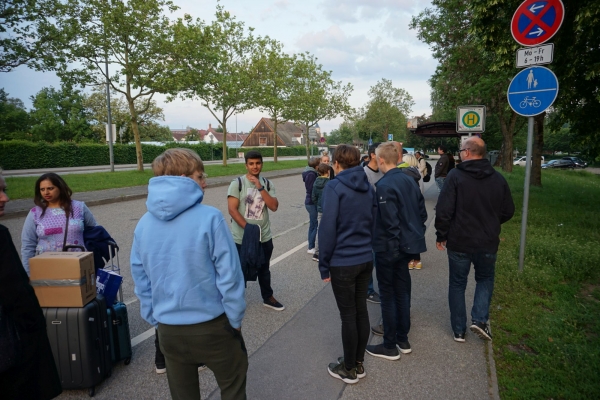 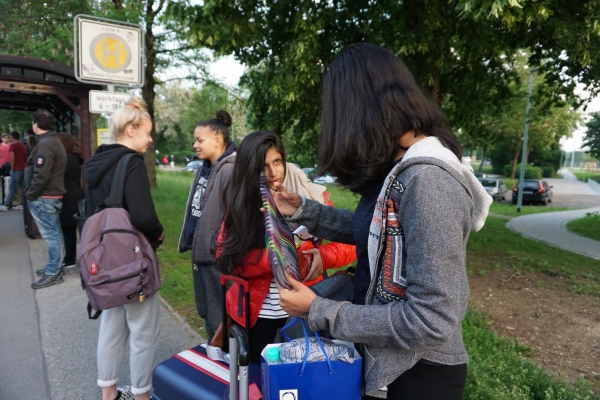 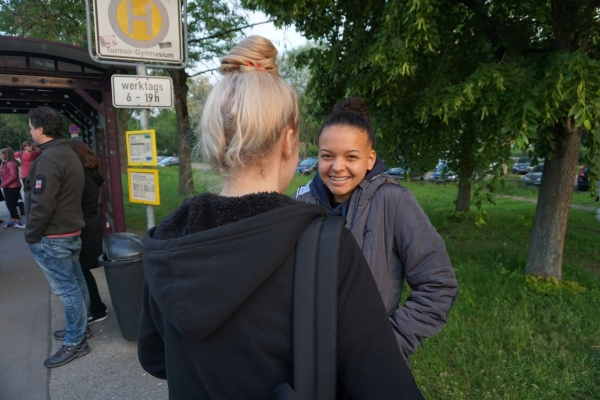 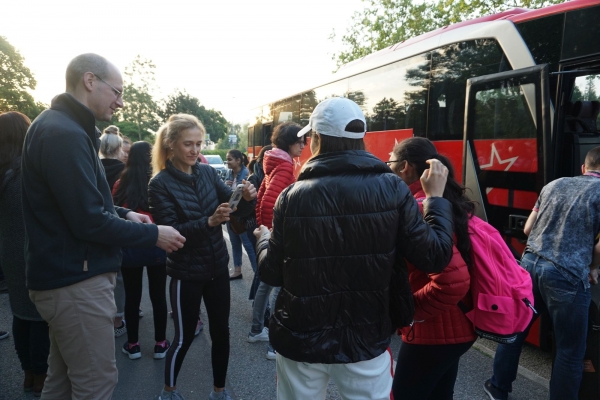 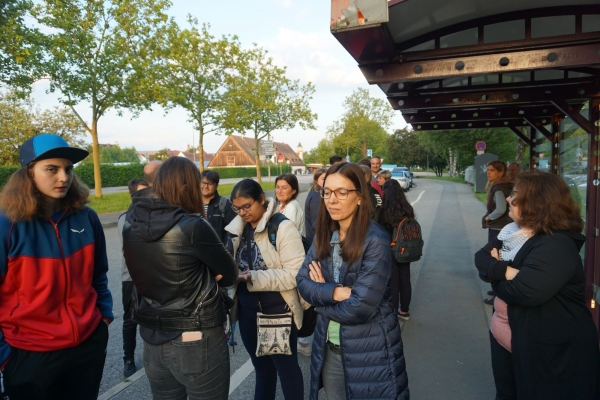 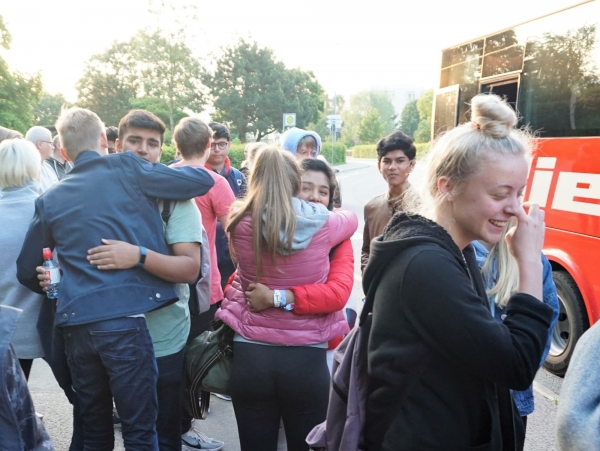 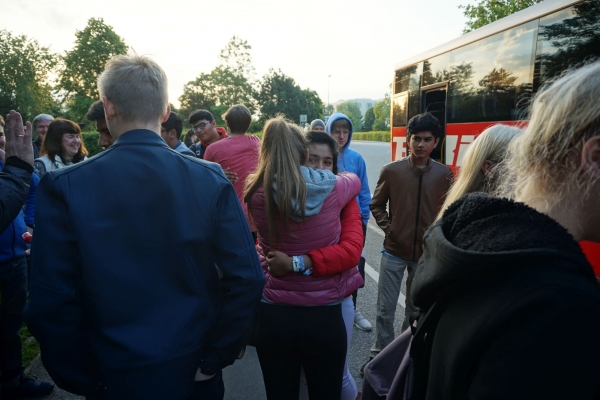 But the students were still not willing to enter the bus. Their friendship grew too strong during the last two weeks. Only with the enthusiastic help of the teachers all Indian students finally managed to get into the coach. While they entered many of them not even tried to wipe away their tears.

After They Have Left

But also the German hosts had to cry. Many of families stayed, however the bus had already left minutes ago.

Farewell friends! Till we see each other again in October!

“Sunshine is delicious, rain is refreshing, wind braces us up and I could feel the cool weather at Passau”

We all travelled to Passau singing, dancing and enjoying to the fullest. My first train trip was full of adventure and enthusiasm not only me but my friends too. The best part I personally feel was the BOAT RIDE!❤??

I never had such an experience and had never seen the beautiful landscape of the river side of Germany. The cold water and the breezing winds hits my face slowly making me more and more active and enthusiastic . As we entered the cruise , we could see that we were floating on the water. Our Entry was special since we were hooting and singing in excitement.

But have you ever danced on a floating boat !? Well, Indians do! We had a short traditional German dance with our friends that was fun! we could order various dishes and try them and could feel luxurious just as we are sitting in a five star hotel?.